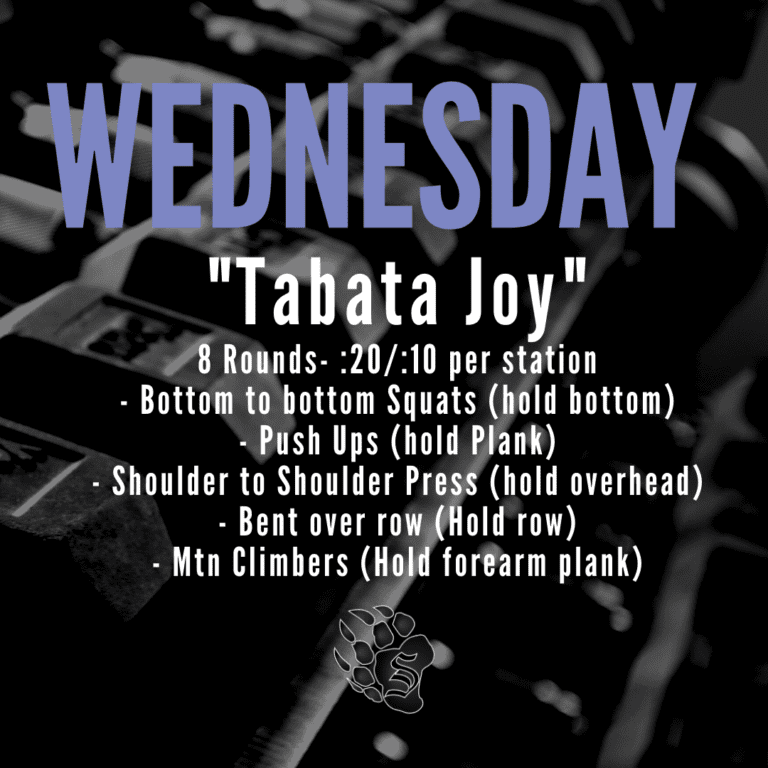 Link to Coach Led WorkoutLink to View of Other Athletes

"Tabata" training is a type of HIIT (high-intensity interval training). It originated from the research of Japanese scientist Dr. Izumi Tabata. The objective was to find out if short bursts of high-intensity exercise followed by shorter rests might condition the body better than a continuous moderate-intensity exercise.To determine this, they worked with two test groups—one doing moderately intense exercise and the other high-intense. Moderate-intensity exercising consisted of a one-hour workout, five days a week, for six weeks. The high-intensity exercising consisted of a four-minute workout, four days a week, for six weeks; each workout consisted of eight sets of 20 seconds of exercise at maximum effort each followed by a 10-second rest. To do the math: (8 x 20) + (8 x 10) = 240 seconds (4 minutes).The results of the study showed that the moderate-intensity workouts improved the aerobic (or cardiovascular) fitness of test subjects but did little anaerobically (that is, in muscle strengthening). The high-intensity workouts, on the other hand, benefited the test subjects more significantly both aerobically and anaerobically, which, evidently, was due to the unbalanced exercise-to-rest ratio. The reasoning behind this is that a shorter period of rest in between longer periods of intense exercise during a workout does not allow the body to fully recover. By the second half of the workout, the body is forced to work at maximum capacity physiologically, causing the heart to pump faster and the rate of metabolism to increase. In the end, the high-intensity routine builds endurance and muscle, and burns lots of calories—and it only takes four minutes of pushing yourself to the absolute limit four or five days a week.

Now, onto today's workout! Tabata workouts have developed a reputation for being unusually grueling. The way this workout is programmed, holding an active position during the "rest" period will force you to work harder HOWEVER, it will also be an incredible way to work on stabilizing different muscle groups.Here is how this workout is going to work: we will do 8 rounds of each movement (4:00 total per movement). 20 seconds work, 10 seconds rest= one round. The "rest" station will be dictated by the typed parenthesis next to each picture. For example, with bottom-to-bottom squats, you will rest in the bottom position of the squat. When you start, rep one will be "first up then down" rather than a traditional squat where we go down first and then go back up.Modifications (see below)

MODIFICATIONS: The first way I would modify this workout is by having the "rest" be a rest. Rather than bottom to bottom squats, I would have you do regular air squats. From there, some of the movements are scalable and others might be tough. The ones we can modify are listed below:Squats -> LungesPushups -> Knee Pushups or Countertop PushupsBent over row -> two handed rowMtn Climbers -> knee tucks/high kneesQuestions? Comments? Feel free to ask us on the live call (7am tomorrow!) or send us a message directly! 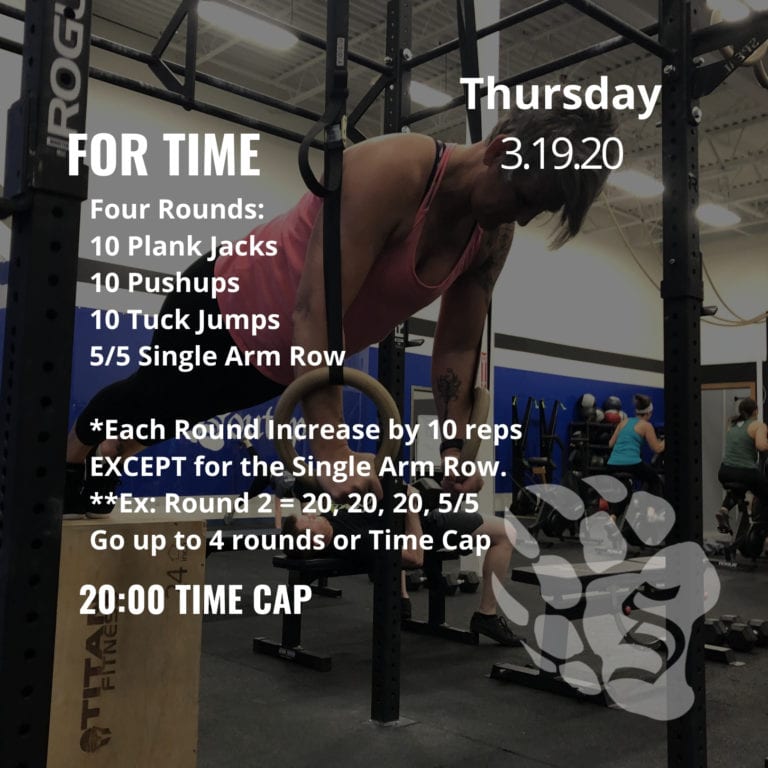 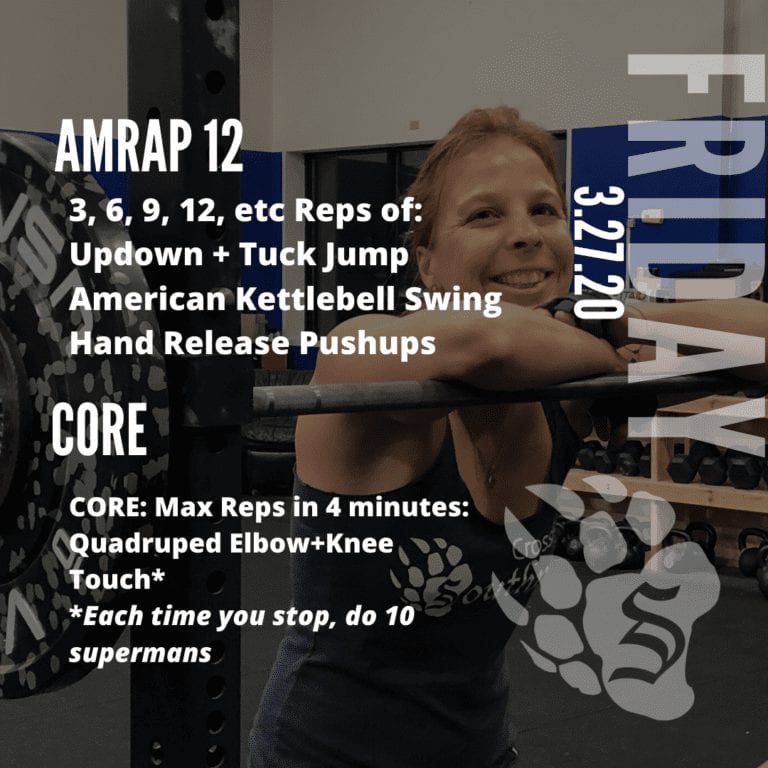 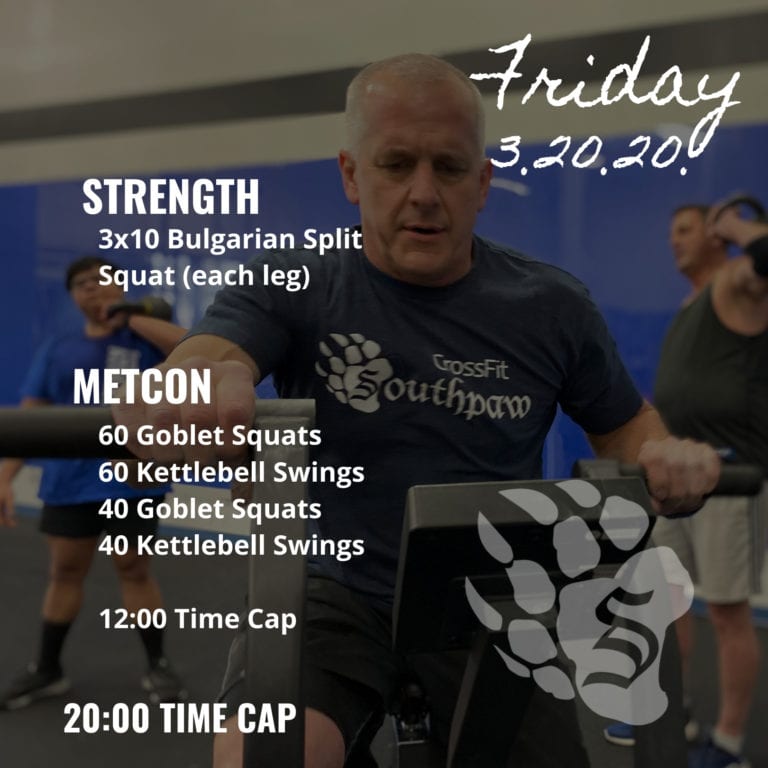